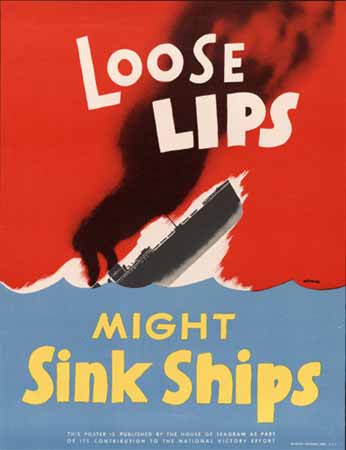 Proposals are sought for papers to be given at an international conference on Suspicion. The first part of the conference will take place on 9-10 April 2020 at Bordeaux Montaigne University (France), and the second part on 8-9 April 2021 at the University of Verona (Italy).

The first part of the conference, in Bordeaux, will focus on suspicion in politics, cultural studies, and linguistics; the second part, in Verona, will be concerned with suspicion in literature, film, and visual studies in general.

The conference seeks to explore the ways in which Anglo-American cultural practices and Anglo-American literature define, re-define, and question the notion of suspicion.

Etymologically suspicion—from the Latin sub-specere, to look up at, to regard with awe, to suspect—refers to the way someone or something is looked at. But suspicion has become a synonym for mistrust—whether or not there is proof of wrongdoing. Hence the recurrence of the word in the titles of works belonging to the genres of crime fiction and cinema: Alfred Hitchcock’s 1941 movie, Suspicion, starring Gary Grant and Joan Fontaine, is one example. In 2015, two books bearing the same title were published in the United States: Suspicion by Alexandra Monir and Suspicion by Joseph Finder. While Finder is considered a “master of the modern thriller” (Boston Globe), Monir, a young Iranian-American writer, specializes in science fiction and thrillers for young adults. Since popular culture often feeds on suspense, the result of mystery (or merely uncertainty), suspicion reigns supreme in popular culture—in novels, comics, and movies.

Another connection between suspicion and popular culture is highlighted by Lorna Hutson in The Invention of Suspicion (2007). Hutson argues that the English system of justice underwent changes in the sixteenth century because of the its participatory nature. These changes had a decisive impact on the development of English Renaissance drama as playwrights started imitating the role of judges, and the evaluation of evidence became a popular skill. The result of this combination of popular legal culture and forensic rhetoric was the emergence of a new type of play in which the dramatis personae gathered and weighed evidence, developed arguments and hypotheses and thus encouraged audiences to examine the evidence and judge for themselves.

However, suspicion cannot be confined to popular culture. The opposite of faith (Ricœur), suspicion sometimes involves doubt as to representation and referentiality, as to the reliability of the narrator, as to the characters’ actions and/or perceptions, and even as to events. In fact, suspicion represents a major motivating force in literature—both in fiction and nonfiction—and in cinema: Rivka Galchen’s 2008 Atmospheric Disturbances, a so-called neuronovel, for instance, relies both on the hero-narrator’s suspicion that his wife is a simulacrum and on the reader’s suspicion that the hero-narrator is suffering from Capgras syndrome. The emergence of “autofiction,” or autobiographical novel, a word coined by Doubrovsky in 1977, put suspicion center stage in the field of life writing studies; even illness memoirs were affected, as proved, for instance, by Lauren Slater’s 2000 Lying. A Metaphorical Memoir.

Suspicion is also a major characteristic of the relations between citizens and the authorities, be they local, national, European (with Brexit as a case in point), or even global (the United Nations, the IMF, etc.). Public suspicion of politicians is widespread and sometimes results—has already resulted—in regime changes or in the election or emergence of populist leaders. Suspicion affects all sorts of relations—between people, countries, continents, superpowers—and can cause conflicts, even open wars.

Although suspicion is usually seen as negative or even destructive, in Freud and Philosophy, Paul Ricœur shows that suspicion can also be seen positively. According to the French philosopher, the “hermeneutics of suspicion” developed by Freud, Marx and Nietzsche “clear[ed] the horizon for a more authentic world […] a new reign of Truth.” In other words, suspicion is also a “method of demystification.” Ricœur writes that “A suspicious man does the work of falsification of a crafty one—but in reverse.”

In a collection of four essays, The Age of Suspicion (1990, first published in French in 1956), Nathalie Sarraute called the traditional novel into question. Quoting Stendhal—“the genius of suspicion has come into the world”—she called for renewal. Her essays paved for the way for the French “Nouveau Roman.” Suspicion, in other words, is creative in that it challenges prejudice and convention, and thus announces new forms—an idea illustrated by Marc Chénetier in his Beyond Suspicion: New American Fiction since 1960 (1996, first published in French in 1989).

The conference aims at renewing thinking on the topic with regard, in particular, to

— the purpose and effect of suspicion in Anglo-American literature, cinema, photography, and comics;

— the role and consequence(s) of suspicion in the media and/or political life in English-speaking countries;

— the intentions of and strategies deployed by authors, as well as the artistic interest and pertinence of the notion;

— the extent to which suspicion occurs differently in different contexts, and why this is so.

— the dialectic of suspicion within a multicultural, global context.

Proposals for papers are due by September 1, 2019 and should be sent to both

Participants will receive notice of acceptance by October 30, 2019.

A selection of articles will be published in the online journal, Leaves, after a peer-review process.https://climas.u-bordeaux-montaigne.fr/leaves

Papers with legal content or with a “law and literature/culture” approach will be published in the journal Pólemos—Journal of Law, Literature and Culture, after a peer review process.