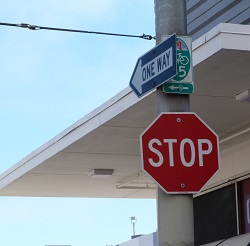 (…) What does the use of language in contexts we call ‘political’ tell us about humans in general? (Chilton 2004)

Political discourse is at a crossroads. Faced with an increasing number of challenges, it is said by some researchers to have reached a state of crisis (Wodak 2011; Ekström and Firmstone 2017). The challenges it faces take many different forms. In the case of the relationships between politicians and the public, and even politicians and journalists, this state of crisis has already been reached (Ekström and Firmstone 2017). Political systems are facing new, unprecedented challenges to their everyday functioning and, in some cases, to their very survival. These challenges have come from a variety of sources. Externally, they are the corollary of globalisation (including access to global media outlets, alleged interference from other states and institutions, and international conflict). Internally, political institutions face competition from populist waves (Wodak 2015), social media and fake news, all of which are capable of crossing international borders. What accounts for these challenges?

Firstly, information from official sources, such as political institutions and official documents, constitutes reliable sources of shared knowledge (van Dijk 2011), while specialised, technical discourse may become recontextualised by journalists as a form of “popularizing discourse” that is “based on general, common knowledge, occasionally enriched by a few technical terms” (van Dijk 2014: 135). The legitimation of political discourse requires not only the politician’s presence in the media, but also the ability to demonstrate what makes them different in order to ultimately add to the originality of their political creed (Ben Hamed and Mayaffre 2015). However, growing dissatisfaction in society has resulted in a vicious circle: “because so many people are dissatisfied with politics they turn to fiction. Because the real world of politics can never compete with its idealized version, the fiction necessarily reinforces this dissatisfaction” (Wodak 2011: 206). As Coulomb-Gully and Esquenazi (2012: 7) argue, storytelling and scripting techniques have resulted in a new political reality which has scrambled the boundaries between genres. Yet politicians and the media depend on each other for the dissemination of political programmes and access to political information respectively, the absence of which can give rise to speculation and rumours (Wodak 2011: 19-21). Moreover, those on the fringes of power are turning to rumours for their sources of information (Rouquette and Boyer 2010). Fiction has increasingly become a prevalent form of political discourse and has given rise to new epistemological challenges to the sources of information: fake news and the fascination for scandals. Since the turn of the millennium, specific examples include ‘politically authentic mediatised fiction’ as in the case of a broadcast in Belgium on 13th December 2006 (Provenzano 2012: 26), while claims of fake news by and against the Trump administration in the United States and allegations of fake news in the Brexit referendum represent a more general trend towards fiction and rumours in politics. As an illustration, in 2012, Trump’s climate sceptic narrative was based on the fact that climate change did not exist and was a “hoax”[1] “invented by the Chinese”, a conspiracy to weaken America’s economy. He then denied this statement four years later, during one of the presidential debates. However, when President Trump decided to exit the Paris accord in June 2017, he stated that the conspiracy against the United States was actually global[2]. And before the mid-term elections, his eco-narrative was altered once more: the climate is changing, but this change is not “man-made”3.

Consequently, according to Provenzano (2012), analysing what constitutes ‘telling the truth’ requires new methods.Are new tools required for the analysis of new issues in political discourse? Do existing tools need updating?

Secondly, and in conjunction with the questioning of the reliability of information sources, new forms of media, in particular social media, have become a powerful alternative device in political communication (Montgomery 2017). They have provided a new platform for populism and the rise of populist leaders (Mazzoleni and Bracciale 2018). Facebook has provided new opportunities for the creation of a political domain within which leaders can reach out to voters, as one recent study in Italy shows (Mazzoleni and Bracciale 2018). Does the proliferation of the media used in political communication pose new challenges for the political genre as a whole? Are the ‘official’ sources of political discourse now shifting towards new media? If the latter is true, should Critical Discourse Studies (CDS) consider such sources of information and discourse to be as significant for research purposes as the more ‘traditional’ sources?

Thirdly, the professional training of politicians to deal with the media in the face of the gap between the expectations of the public and what politicians actually deliver has long been identified (Fairclough 1995). More recently, some of their approaches appear on the surface to correspond to a different kind of professionalism, implying new and original techniques to score political points. Take, for instance, the use of impoliteness as a rhetorical strategy by antiestablishment politicians in Spain (Garrido Ardila 2019), or the use of irony and sarcasm in metaphors used during the debate on Brexit (Musolff 2017). What now seems to be the case is that politicians have discovered new ways to disguise that gap. The question is whether the proliferation of political strategies requires a proliferation of analytical techniques to identify and discern those strategies.

New phenomena, new media and new strategies have come into the spotlight and have raised new questions. Yet answers in the form of new methods appear to be within sight. While computer-assisted methods have been available and used for many years (see, for example, Triandafyllidou 1993), it has become possible to adopt increasingly practical quantitative approaches to political discourse analysis. Information technology has made it possible to use automated approaches to take contextual factors into account (Bilbao-Jayo and Almeida 2018), while innovative approaches using vector methods make the ‘political footprint’ easier to trace (Bruchansky 2017). Moreover, CDS is increasingly able to take advantage of methods in cognitive linguistics to explore previously untouched areas of world-view ideologies and narratives through Proximization Theory (Cap 2013, 2017). Such innovative approaches not only use automation optimally in CDS but can also be of use to public administrative bodies (Bilbao-Jayo and Almeida 2018).

Other research themes will be considered on merit, and special consideration will be given to abstracts that privilege an interdisciplinary approach to political discourse analysis. We therefore welcome contributions from scholars working on political discourse from other disciplines.

Triandafyllidou, A. (1993) ‘From qualitative to quantitative analysis in political discourse: a computer-assisted application.’ European University Institute.

——. (2015) The Politics of Fear. What Right-Wing Populist Discourses Mean. Sage.

We invite participants to submit an abstract of not more than 350 words plus bibliography in English or French. All papers must be given in English or French. Each paper will be allocated 20 minutes plus 10 minutes for questions. All abstracts must be submitted in two Word formats, one anonymised, the other containing the name(s), affiliation(s) and email address(es) of the author(s) in addition to the title of the paper. All abstracts will be reviewed by the scientific committee. The deadline for submissions is Friday 1st October 2021. Please send all submissions with the subject NANC 2022 to:

Decisions will be communicated by email by Monday 18th October 2021. The scientific committee reserves the right to request modifications to the abstract as a condition of acceptance.

All those who present their work at the conference will be invited to submit an article which will be considered for publication.

Registration
As the conference is online, specific details will be provided at a later stage. A registration fee will be required (max. 50 euros) and a website specifically for the conference will be available shortly.

in relation to political discourse: