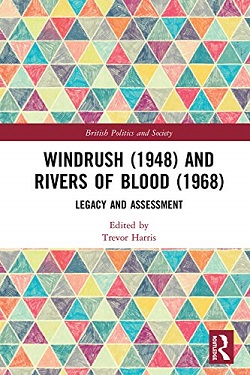 This volume looks at Britain since 1948 – the year when the Empire Windrush brought a group of 492 hopeful Caribbean immigrants to the United Kingdom. “Post-war Britain” may still be the most common label attached to studies in contemporary British history, but the contributors to this book believe that “post-Windrush Britain” has an explanatory power which is equally useful. The objective is to study the Windrush generation and Enoch Powell’s now infamous speech not only in their original historical context but also as a key element in the political, social and cultural make-up of today’s Britain. Contributions to the book use a diversity of approaches: from the lucid, forward-looking assessment by Trevor Phillips, which opens the volume; through Patrick Vernon’s account of the legacy of Powell’s speech in Birmingham and how it inspired him to launch a national campaign for Windrush Day; to the plea from novelist and playwright Chris Hannan for a fully inclusive, national conversation to help overturn deeply ingrained prejudice in all parts of our society.